Need an electrician in Riverside CA? Power Systems Electric services the entire city of Riverside. If you have an electrical need, concern, or emergency, then call us @ 951-377-1097. We are here to help you–our neighbors! 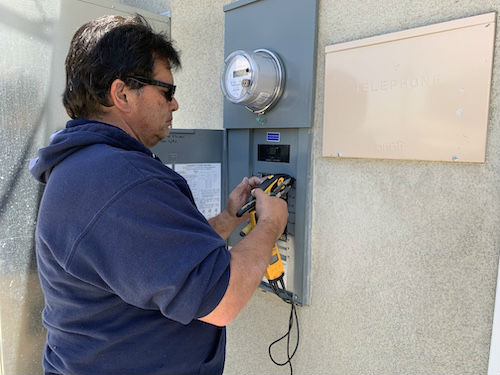 Searching For An Electrician in Riverside?

Looking for a qualified electrician to do solar installation? Riverside residence have been installing solar panels in recent years. Tax incentives and the high cost of electricity has fueled its popularity. California is a prime location for home owners to make that investment. It’s clean energy that is available to us in abundance, so it simply makes sense to want to make that investment. An additional incentive is that the cost of solar panels and solar equipment has dropped significantly in recent years. What used to cost $30,000 a decade ago now only costs about half of that now. Not only is it cheaper, but panels have become much more efficient. They capture more valuable energy from the sun given the same amount of space as before. The environment is hurting for her inhabitance to make better decisions in using clean sources of fuel and energy. Consider checking to see if solar panel are a good investment for you.

Make Power Systems Electric your local electrical contractor of choice. We’ve stepped up to the plate to provide many of the installations that have gone on in the city. The cost for permits have increase over the years, and the forecast appears to point to fees climbing even higher in years to come. We approach the city in your behalf to pull the permits needed to install the new panels. In most cases, upgrading to solar also includes upgrading your electric panel. Considering getting your panels install before fees get even higher.

One thing that is upsetting is driving through neighborhoods and seeing solar panels install in a manner that doesn’t collect the most amount of sun possible. We keep seeing a trend where installers just want to get the system placed onto the roof quickly, and with the least amount of effort possible. Several times we have seen a small group of panels placed on the side of the roof most blocked by trees, instead of placing it at the opposite end in complete sunlight. This is extremely frustrating to see, and simply unfortunate. It is really doing a disservice to the home owner who simply doesn’t know any better. Power Systems Electric is willing to put in the extra time, the extra effort, and the extra cost into installing the panels in an area of the roof that makes the most sense and captures the most amount of sun rays possible. We do things efficiently. We do things for our clients in such a way that we would want it done for ourselves. You can rely on us having your best interest in mind. Let us help you with all your electrical needs.

NEED AN ELECTRICIAN IN THE INLAND EMPIRE? THAT’S US!

HOW CAN WE HELP YOU? LET US KNOW!